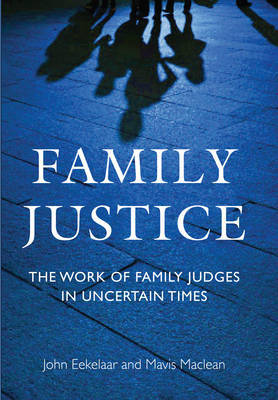 Family justice
the work of family judges in uncertain times

This book is about the delivery of family justice in England and Wales, focusing on the work of the family judiciary in the lower courts. The policy context is moving so rapidly that the authors have gone beyond presenting their empirical findings to offer a broader consideration of the nature and role of the family justice system, as these are in danger of being lost amid present reform proposals. The first four chapters are historical and comparative, examining assumptions about family justice, while offering a defense of the role of legal rights in family life and the importance of good policy making, balancing both outcome- and behavior-based approaches to family justice. Comparative examples from the US and Australia show how new approaches to family justice can be successfully deployed. The next three chapters are empirical, including a typology of the roles played and tasks addressed by the judges, overturning the commonly held assumption that the central judicial role is adjudication, emphasizing the extent to which judges integrate outcome- and behavior-focused approaches to family justice, and giving a detailed account of the daily work of circuit and district judges and legal advisers. The conclusion is that there is a trend across jurisdictions, driven by technological innovation and by economic constraints, to reduce the role of courts and lawyers in favor of individual choices based on private or government funded information sources. While these developments can be beneficial, they also have dangers and limitations. The final chapter argues that despite the move to privatized forms of dispute resolution, family justice still demands a sound judicial structure. 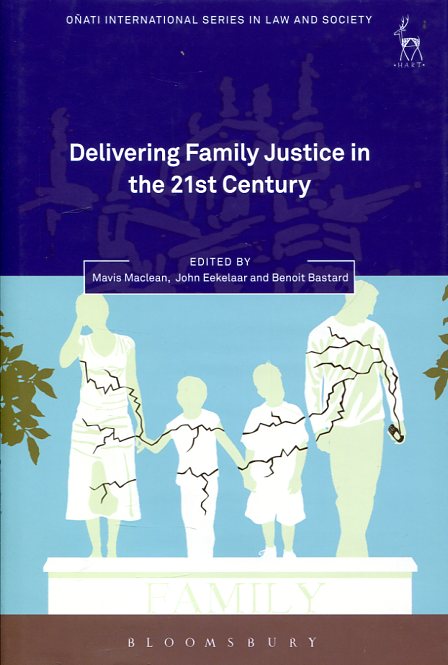