When one compares the recent line of cases decided by the European Court of Justice (ECJ) in the area of taxation to the US Supreme Court's treatment of state taxes under the US Constitution, the difference is striking. In general, the Supreme Court has granted wide leeway to the states to adopt any tax system they wish, only striking down the most egregious cases of discrimination against out of state residents. In contrast, the ECJ interpreted the "Treaty of Rome" (the 'constitution' of the EU) aggressively to strike down numerous Member State income tax rules on the ground that they were discriminatory. On the face of it, this contrast is surprising. After all, the ECJ is dealing with fully sovereign countries, and taxation is one of the primary attributes of sovereignty. Moreover, the authority of the ECJ to strike down Member State direct taxes is unclear. The "Treaty of Rome" generally reserves competence in direct taxation to the Member States, and all EU-wide changes in direct taxation have to be approved unanimously by all 25 Member States. Nevertheless, the ECJ has since the 1980s interpreted the 'four freedoms' embodied in the Treaty of Rome (free movement of goods, services, persons and capital) to give it the authority to strike down direct tax measures that it views as incompatible with the freedoms. The Supreme Court, on the other hand, has clear authority under the Supremacy Clause to strike down state laws that are incompatible with the Constitution. As Justice Oliver Wendell Holmes observed, the US will not be hurt if the power to review federal laws were taken away from the Court, but it could not survive if the Court lost its power over state legislation. Moreover, the states are not fully sovereign, and (unlike Member States that are represented in the EU Council), are not even directly represented in Congress, so that the Court could strike down their laws without (in most cases) expecting an outcry from the other branches of the federal govern 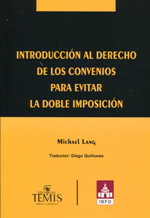