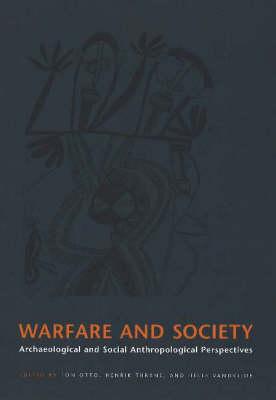 This book deals with the interrelationship between society and war seen through the analytical eyes of anthropologists and archaeologists. War is a ghastly thing, which unfortunately thrives almost everywhere in the world today. We need, therefore, to have a better understanding of what war does to people and their societies. War produces change, and archaeologists and anthropologists are analytically equipped to pinpoint its direction, patterning, scale and content. The perspective -- and filter -- of time provides one important tool, while context and comparison provide other tools. Looking at the history of war studies, war is quite often perceived of and treated as something set aside from other practices; almost personified. However, the results published in this book allow us to say that it is never autonomous and self-regulating. War always forms part of something else. Numerous questions arise, and at least some answers -- often tentative and multifaceted -- are provided in the twenty-eight studies included in the book. They certainly add to an ongoing debate, hopefully qualifying it as well.

Forging Identities. The Mobility of Culture in Bronze Age Europe