Today we hear much talk of crisis and comparisons are often made with the Great Depression of the 1930s, but there is a crucial difference that sets our current malaise apart from the 1930s: today we no longer trust in the capacity of the state to resolve the crisis and to chart a new way forward. In our increasingly globalized world, states have been stripped of much of their power to shape the course of events. Many of our problems are globally produced but the volume of power at the disposal of individual nation-states is simply not sufficient to cope with the problems they face. This divorce between power and politics produces a new kind of paralysis. It undermines the political agency that is needed to tackle the crisis and it saps citizens' belief that governments can deliver on their promises. The impotence of governments goes hand in hand with the growing cynicism and distrust of citizens. Hence the current crisis is at once a crisis of agency, a crisis of representative democracy and a crisis of the sovereignty of the state. In this book the world-renowned sociologist Zygmunt Bauman and fellow traveller Carlo Bordoni explore the social and political dimensions of the current crisis. While this crisis has been greatly exacerbated by the turmoil following the financial crisis of 2007-8, Bauman and Bordoni argue that the crisis facing Western societies is rooted in a much more profound series of transformations that stretch back further in time and are producing long-lasting effects. This highly original analysis of our current predicament by two of the world's leading social thinkers will be of interest to a wide readership. 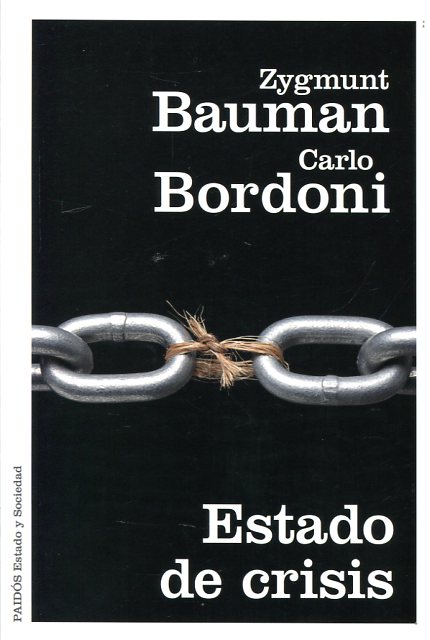