This title offers an encouraging account of the potential of foreign aid to reduce poverty and a challenge to all aid organizations to think harder about how they spend their money. With more than a billion people now living on less than a dollar a day, and with eight million dying each year because they are simply too poor to live, most would agree that the problem of global poverty is our greatest moral challenge. The large and pressing practical question is how best to address that challenge. Although millions of dollars flow to poor countries, the results are often disappointing. In "Making Aid Work", Abhijit Banerjee - an "aid optimist" - argues that aid has much to contribute, but the lack of analysis about which programs really work causes considerable waste and inefficiency, which in turn fuels unwarranted pessimism about the role of aid in fostering economic development. Banerjee challenges aid donors to do better. Building on the model used to evaluate new drugs before they come on the market, he argues that donors should assess programs with field experiments using randomized trials. In fact, he writes, given the number of such experiments already undertaken, current levels of development assistance could focus entirely on programs with proven records of success in experimental conditions. Responding to his challenge, leaders in the field - including Nicholas Stern, Raymond Offenheiser, Alice Amsden, Ruth Levine, Angus Deaton, and others - question whether randomized trials are the most appropriate way to evaluate success for all programs. They raise broader questions as well, about the importance of aid for economic development and about the kinds of interventions (micro or macro, political or economic) that will lead to real improvements in the lives of poor people around the world. With one in every six people now living in extreme poverty, getting it right is crucial. 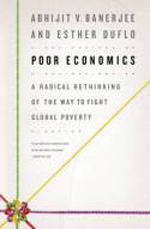 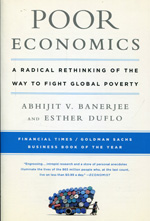