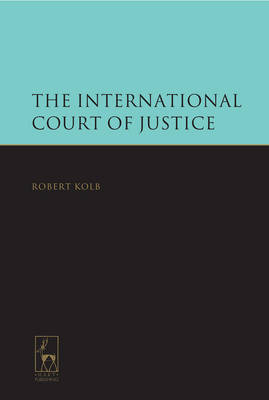 The International Court of Justice (in French, the Cour internationale de justice), also commonly known as the World Court or ICJ, is the oldest, most important and most famous judicial arm of the United Nations. Established by the United Nations Charter in 1945 and based in the Peace Palace in the Hague, the primary function of the Court is to adjudicate in disputes brought before it by states, and to provide authoritative, influential advisory opinions on matters referred to it by various international organisations, agencies and the UN General Assembly. This new work, by a leading academic authority on international law who also appears as an advocate before the Court, examines the Statute of the Court, its procedures, conventions and practices, in a way that will provide invaluable assistance to all international lawyers. The book covers matters such as: the composition of the Court and elections, the office and role of ad hoc judges, the significance of the occasional use of smaller Chambers, jurisdiction, the law applied, preliminary objections, the range of contentious disputes which may be submitted to the Court, the status of advisory opinions, relationship to the Security Council, applications to intervene, the status of judgments and remedies. Referring to a wealth of primary and secondary sources, this work provides international lawyers with a readable, comprehensive and authoritative work of reference which will greatly enhance understanding and knowledge of the ICJ. The book has been translated and lightly updated from the French original, R Kolb, La Cour international de Justice (Paris, Pedone, 2013), by Alan Perry, Solicitor of the Senior Courts of England and Wales.

An introduction to the international Law of armed conflicts