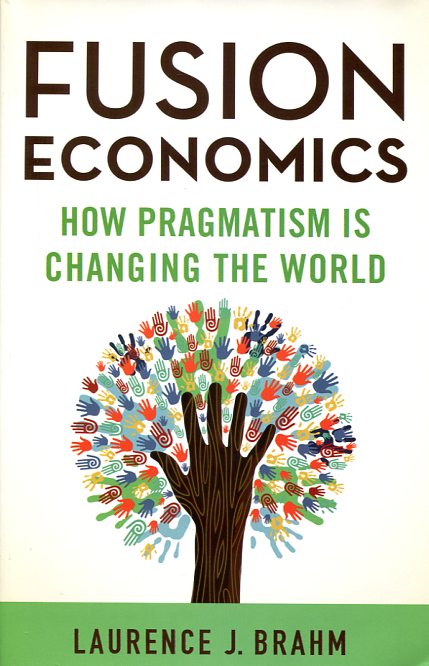 Fusion economics
how pragmatism is changing the world

Everyone knows something is wrong. Over forty percent of the world's population lives in poverty. Our planet's resources are diminishing at frightening rates. The international financial system is broken and only serves to exacerbate the gap between the wealthy and the rest. We are at a crucial tipping point. Is there a way out of this mess? In Fusion Economics, Laurence Brahm presents an alternative way to the economic practices and thinking that brought us to this point. Holistic, yet grounded and straightforward, this revolutionary book calls for a turn away from an economic system dangerously steeped in ideology, stymied by politics, and prone to fomenting violence. As he examines where things went wrong, Brahm outlines a new global consensus based on pragmatism, common sense, and grass-roots realities that requires a profound change in values and different measurements of success. Drawing on his experience overseeing China's transformation from socialism to market economy and its current Green Growth National Policy, Brahm suggests a synergistic integration of western and eastern economic systems. He takes readers on a global journey, traveling with them to China's secretive halls of power where Brahm helps to convert rusty debt-ridden state enterprises into international corporations, the central banks of Vietnam and Laos, grass-roots social enterprises in the Himalayas, micro-finance schemes in Bangladesh, the secluded kingdom of Bhutan where Gross National Happiness is invented, massive rallies in Africa calling for a new approach to development that shocks multilateral institutions, indignant movements in Spain and Russia and the protests at Occupy Wall Street. Fusion Economics demonstrates how a clever combination of market planning, localized diversification, green energy, and finance for small and medium sized community enterprises can restructure our financial architecture into a more sustainable model. Fusion Economics is a must-read for anyone who wants to be on the vanguard of change to build a more adaptive, organic, and inclusive future. At once pragmatic and progressive, it holds the promise of a new economic reality with a heart, a mind and a soul.

The art of the deal in China