Building a global bank
the transformation of Banco Santander

In 2004, Spain's Banco Santander purchased Britain's Abbey National Bank in a deal valued at fifteen billion dollars - an acquisition that made Santander one of the ten largest financial institutions in the world. Here, Mauro Guillen and Adrian Tschoegl tackle the question of how this once-sleepy, family-run provincial bank in a developing economy transformed itself into a financial-services group with more than sixty- six million customers on three continents. Founded 150 years ago in the Spanish port city of the same name, Santander is the only large bank in the world where three successive generations of one family have led top management and the board of directors. But Santander is fully modern.Drawing on rich data and in-depth interviews with family members and managers, Guillen and Tschoegl reveal how strategic decisions by the family and complex political, social, technological, and economic forces drove Santander's unprecedented rise to global prominence. The authors place the bank in this competitive milieu, comparing it with its rivals in Europe and America, and showing how Santander, faced with growing competition in Spain and Europe, sought growth opportunities in Latin America and elsewhere. They also address the complexities of managerial succession and family leadership, and weigh the implications of Santander's stellar rise for the consolidation of European banking. "Building a Global Bank" tells the fascinating story behind this powerful corporation's remarkable transformation - and of the family behind it.

The limits of convergence

The rise of spanish multinationals 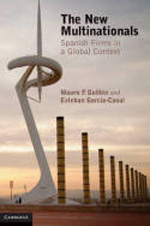 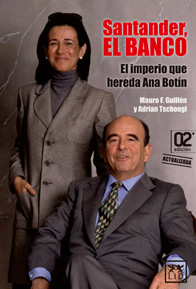