Edited by Richard Harding. Like the victory over the Armada and the battle of Britain in 1940, Trafalgar has attained the iconic status of a battle that preserved national independence and demonstrated the particular courage and skills of the nation. 'A great and glorious victory' was how Vice Admiral Collingwood described Nelson's defeat of the enemy navies.In October 2005 an international conference was held at Portsmouth and well-known historians and naval officers from around the world gave a series of papers on aspects of the battle. Containing a wealth of new information they are now form the core of this book. Twelve chapters cover every aspect of the battle but also explore important themes such as the the invasion threat, and the British defences against invasion in the years before 1805. Perhaps the most groundbreaking contribution is from the 'Inshore Squadron', a naval war-gaming group, which produced a timeline that is the most accurate yet available and reveals, amongst other things, the precise nature of the ship-on-ship actions. A DVD of the full battle will be available separately. The battle is brought to life in a way which distinguishes it from all the other accounts that have appeared and offers enthusiasts and historians the most up-to-date and important reassessment that is available. 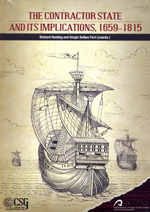