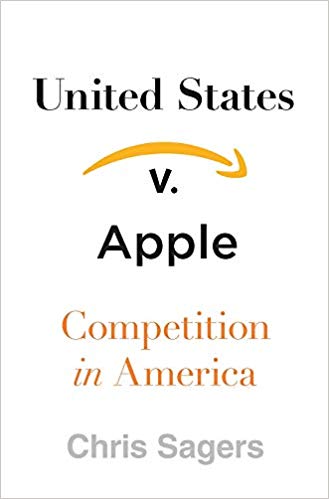 One of the most-followed antitrust cases of recent times-United States v. Apple-reveals an often-missed truth: what Americans most fear is competition itself.

In 2012 the Department of Justice accused Apple and five book publishers of conspiring to fix ebook prices. The evidence overwhelmingly showed an unadorned price-fixing conspiracy that cost consumers hundreds of millions of dollars. Yet before, during, and after the trial millions of Americans sided with the defendants. Pundits on the left and right condemned the government for its decision to sue, decrying Amazon's market share, railing against a new high-tech economy, and rallying to defend beloved authors and publishers. For many, Amazon was the one that should have been put on trial. But why? One fact went unrecognized and unreckoned with: in practice, Americans have long been ambivalent about competition.

Chris Sagers, a renowned antitrust expert, meticulously pulls apart the misunderstandings and exaggerations that industries as diverse as mom-and-pop grocers and producers of cast-iron sewer pipes have cited to justify colluding to forestall competition. In each of these cases, antitrust law, a time-honored vehicle to promote competition, is put on the defensive. Herein lies the real insight of United States v. Apple. If we desire competition as a policy, we must make peace with its sometimes rough consequences. As bruising as markets in their ordinary operation often seem, letting market forces play out has almost always benefited the consumer. United States v. Apple shows why supporting cases that protect price competition, even when doing so hurts some of us, is crucial if antitrust law is to protect and maintain markets.