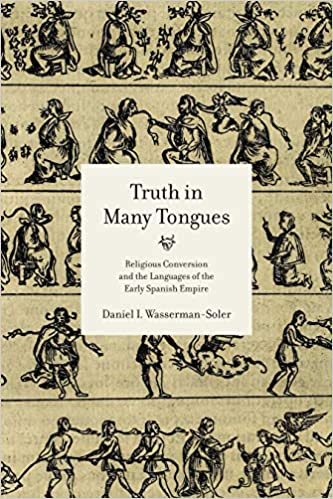 Truth in Many Tongues examines how the Spanish monarchy managed an empire of unprecedented linguistic diversity. Considering policies and strategies exerted within the Iberian Peninsula and the New World during the sixteenth century, this book challenges the assumption that the pervasiveness of the Spanish language resulted from deliberate linguistic colonization.
Daniel I. Wasserman-Soler investigates the subtle and surprising ways that Spanish monarchs and churchmen thought about language. Drawing from inquisition reports and letters; royal and ecclesiastical correspondence; records of church assemblies, councils, and synods; and printed books in a variety of genres and languages, he shows that Church and Crown officials had no single, unified policy either for Castilian or for other languages. They restricted Arabic in some contexts but not in others. They advocated using Amerindian languages, though not in all cases. And they thought about language in ways that modern categories cannot explain: they were neither liberal nor conservative, neither tolerant nor intolerant. In fact, Wasserman-Soler argues, they did not think predominantly in terms of accommodation or assimilation, categories that are common in contemporary scholarship on religious missions. Rather, their actions reveal a highly practical mentality, as they considered each context carefully before deciding what would bring more souls into the Catholic Church.

Based upon original sources from more than thirty libraries and archives in Spain, Italy, the United States, England, and Mexico, Truth in Many Tongues will fascinate students and scholars who specialize in early modern Spain, colonial Latin America, Christian-Muslim relations, and early modern Catholicism.

Note on the Text