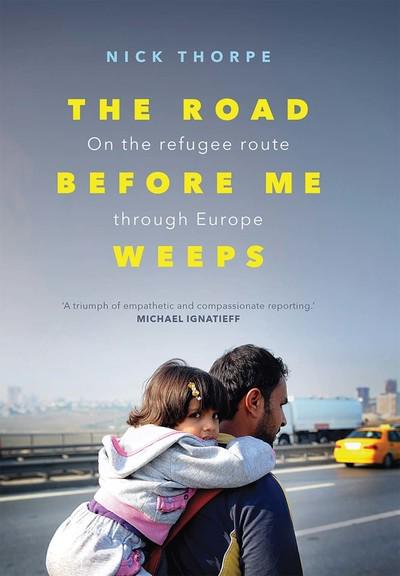 The road before me weeps
on the refugee route through Europe

War and chaos in Syria and Iraq, violence in Afghanistan, and hopelessness in countries bordering war zones have spurred several million refugees and migrants to set out for Europe. The West Balkans, from Turkey through Greece, Macedonia, Bulgaria, Serbia, and Hungary, became the main entry route.

Based in Budapest for more than three decades, Nick Thorpe was perfectly placed to cover the birth of the route, its heyday, and the attempts of numerous states to close it. This is his intimate account of the daily lives of those stuck in razor-wire enclosures or on the move along forest tracks, railway lines, motorways-and of the smugglers, border police, and political leaders who help, exploit, or obstruct them. He challenges those who demonize or glorify migration, visits the arrivals in their new environment, and studies their impact on the countries which welcomed them with open arms or hesitation.