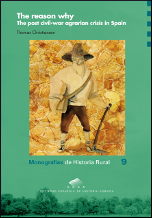 The reason why
the post Civil-War agrarian crisis in Spain

This book analyses the influence of Francoist policy on agricultural output in the 1939-55 period. The focus is on the wheat, olive and wine sectors and special attention is given to small-scale farmers. Agrarian policy for wheat and olive oil included pricefixing, production quotas and rationing of consumption. Producers and consumers circumvented intervention by creating a black market. When earnings from the black market are included, value of output per unit of land remained close to pre-war levels. It is then concluded that the decrease in wheat output was caused by lack of draught animals and fertilisers rather than state intervention. Intervention in the wheat sector was therefore desirable from a social viewpoint but the system could have been improved significantly. Average olive oil output only fell below the pre-war level immediately after the war. Consequently, state intervention was unnecessary after 1942-43 and could have been abolished long before it was finally done in 1952. In the wine sector, policy aimed at increasing farm prices rather than decreasing consumer prices. Table wine consumption declined after the war but this was counteracted by higher demand for high-alcohol white wine for the production of brandy and industrial alcohol. Consequently, the analysis shows that similar kinds of intervention led to quite different result in terms of production, as demonstrated in the cases of wheat and olives. On the other hand, different types of intervention led to similar results in production for olives and vines. 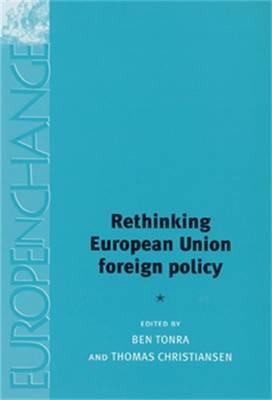 Informal governance in the European Union