Although little noticed, the face of central banking has changed significantly over the past ten to fifteen years, says the author of this enlightening book. Alan S. Blinder, a former vice chairman of the Federal Reserve System and member of President Clinton#s Council of Economic Advisers, shows that the changes, though quiet, have been sufficiently profound to constitute a revolution in central banking. Blinder considers three of the most significant aspects of the revolution. The first is the shift toward transparency: whereas central bankers once believed in secrecy and even mystery, greater openness is now considered a virtue. The second is the transition from monetary policy decisions made by single individuals to decisions made by committees. The third change is a profoundly different attitude toward the markets, from that of stern schoolmarm to one of listener. With keenness and balance, the author examines the origins of these changes and their pros and cons. 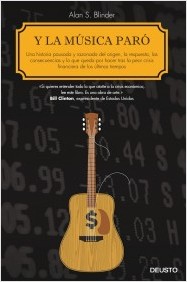 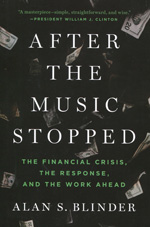 After the music stopped