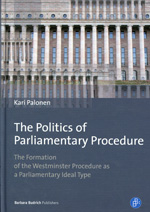 Currently, parliament as a political institution does not enjoy the best reputation. This book aims to recover less known political resources of the parliamentary mode of proceeding. The parliamentary procedure relies on regulating debates in a fair way and on constructing opposed perspectives on the agenda items.

The British House of Commons provides the closest historical approximation for the parliamentary ideal type of politics. This book deals with the formation and conceptual change in the Westminster procedure, based on the way they are interpreted in the tracts on procedure. The tracts illustrate the changing parliamentary self-understanding from the 1570s to the present and the growing political role of procedural disputes. The parliamentary style of politics, as discussed in the tracts, can be divided into two genres: the politics of agenda-setting and the politics of debate.
The book analyses their formation and overall conceptual change as well as the procedural responses to the increasingly scarce parliamentary time from the period after the 1832 parliamentary reform. It insists that in spite of claims on urgency and on government’s leadership the procedural resources of the House of Commons contribute to maintaining the debate-centred parliamentary style of politics. 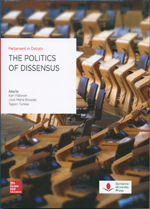 The politics of dissensus

The Ashgate Research Companion to the politics of democratization in Europe 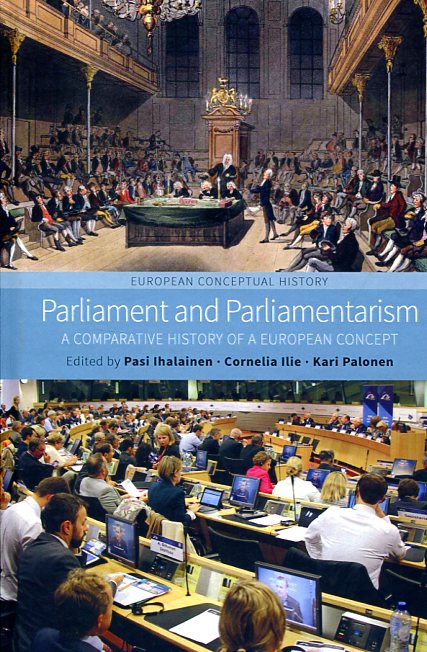