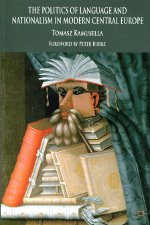 The politics of language and nationalism in Modern Central Europe

Unlike anywhere else in the world, in Nineteenth- and Twentieth-century Central Europe national movements and politicians made language into the paramount instrument of politics, and of statehood and nationhood legitimization. In this order of things, each nation wishing to be recognized in the international arena must possess its own unique national language. When a nation is lucky enough to have gained its own nation-state, not only is the national language to become the new polity's sole official language, what is more, it cannot be shared in that function with any other state across the globe. During the Twentieth century, this specifically Central European 'deification' of language justified the destruction of entire states deemed as 'non-national', vast unprecedented border changes, and instances of ethnic cleansing involving tens of millions. The violent parallel break-ups of Yugoslavia and Serbo-Croatia bear witness to the continuing destructive potential of language politicization.