The Normans
warrior knights and their castles

Contents illustrated Chris Gravett is a former Senior Curator at the Royal Armouries, Tower of London, and a recognized authority on the arms, armor and warfare of the medieval world. He has worked as an advisor for numerous TV and film productions, and has written many books for Osprey, including Warrior 1: Norman Knight 950-1204 AD. He currently works as a curator at Woburn Abbey, Bedfordshire. Born in 1944, David Nicolle worked in the BBC's Arabic service for a number of years before gaining an MA from the School of Oriental and African Studies, London, and a doctorate from Edinburgh University. He has written numerous books and articles on medieval and Islamic warfare, and has been a prolific author of Osprey titles for many years. The author lives in Bedfordshire, UK. 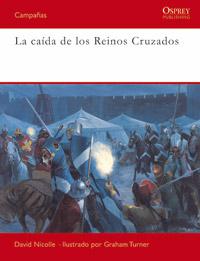