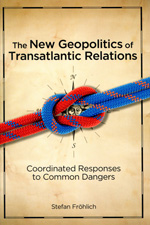 The United States and Europe encounter many of the same foreign policy challenges, challenges that diversely impact the two regions and produce different-but often complementary-responses. In regard to Russia's renewed assertiveness, for example, the issue for the United States is one of global competition, whereas Europe's concern is local because Russia is a major supplier of oil and gas. Where the United States may pursue confrontation, Europe is more likely to operate with conciliation. This book develops a framework for future U.S.-Europe relations as the two world powers work toward meaningful and logical solutions to their shared foreign policy problems. The author identifies commonalities and differences in the two regions' economic aims, political habits, and cultural history. What Europe and the United States share means that their future relations should and will be more than occasional collaborations, even if they no longer pursue a common mission. Ultimately, the book sets forth a new transatlantic agenda by discussing principal areas of concern.