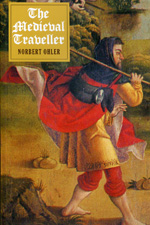 How did people travel in the middle ages? Evidence shows that despite all the likely deterrents - danger from man and beast, uncertainty of lodging and food, even the basic matter of finding the way - our medieval ancestors moved about far more than we might expect. They set out even on major journeys with a confidence which argues the existence of a network of major routes and minor tracks, the arteries by which new ideas entered Europe's fast-changing civilisation: the knowledge brought back by travellers played an important part in the development of the medieval world. Norbert Ohler lets the travellers speak for themselves, and from the many sources builds up a picture of what travel was really like.