The Earth's climate has always been in flux: glacial periods and warm ones have slowly and relentlessly alternated for millennia. But the period of global warming of the last 15,000 years is without precedent, and it set the conditions which enabled civilization to arise. It is our 'long summer'. From the almost unimaginably hostile climate of the late Ice to the onset of 'Little Ice Age', which began in 1315 and lasted half a millennium, this book tells the remarkable story of how human history has been influenced by the planet's ever-changing climate. Confronted with such challenges as severe droughts in southwestern Asia and the ripple effects of the Medieval Warm Period, our ancestors have proved themselves to be at their most resilient and adaptable. Deploying all the resources of new climatology from the past century, from tree rings to deep cores from glaciers, Fagan provides us, for the first time, with an historical context in which to understand the unprecedented global warming of today, as we try to anticipate an uncertain climatic future. 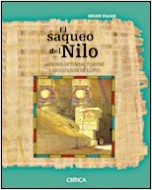