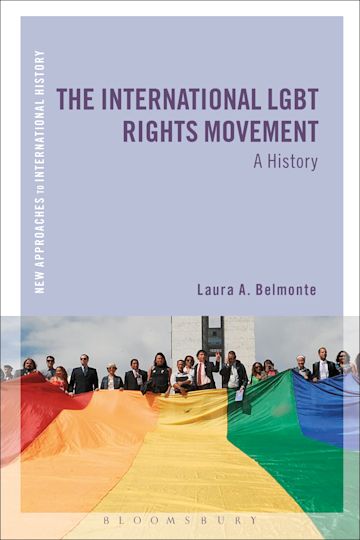 During the past three decades, the international lesbian, gay, bisexual, and transgender rights movement has made significant advances in securing legal protections and rights. However, millions of LGBT people continue to live in fear in nations where homosexuality remains illegal In The International LGBT Rights Movement, Laura Belmonte offers a comprehensive account of this global force, from its origins in the early 1970s to its crucial place in world affairs today. Belmonte examines the movement's goals, the disputes about its mission, and its rise to international importance.

The International LGBT Rights Movement provides a thorough introduction to the movement's history, highlighting the key figures, controversies, and organizations, including Amnesty International and the International Lesbian and Gay Human Rights Commission. The book is global in scope and integrates both state and non-state actors to explore transnational attempts to challenge homophobia and to assess both the successes and failures of such efforts.