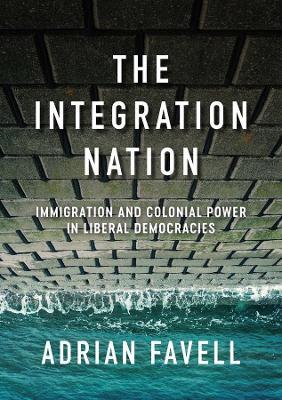 The integration nation
immigration and colonial power in liberal democracies

The notion of ‘immigrant integration’ is used everywhere – by politicians, policy makers, journalists and researchers – as an all-encompassing framework for rebuilding ‘unity from diversity’ after large-scale immigration. Promising a progressive middle way between backward-looking ideas of assimilation and the alleged fragmentation of multiculturalism, ‘integration’ has become the default concept for states scrambling to deal with global refugee management and the persistence of racial disadvantage.

Yet ‘integration’ is the continuance of a long-standing colonial development paradigm. It is how majority-white liberal democracies absorb and benefit from mass migration while maintaining a hierarchy of race and nationality – and the global inequalities it sustains. Immigrant integration sits at the heart of the neo-liberal racial capitalism of recent decades, in which tight control of nation-building and bordering selectively enables some citizens to enjoy the mobilities of a globally integrating world, as other populations are left behind and locked out.

Subjecting research and policy on immigrant integration to theoretical scrutiny, The Integration Nation offers a fundamental rethink of a core concept in migration, ethnic and racial studies in the light of the challenge posed by decolonial theory and movements.