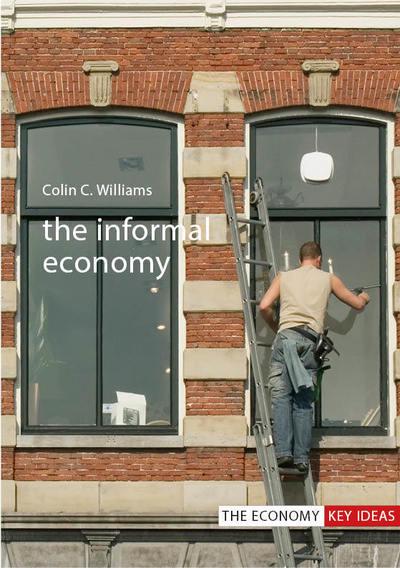 The "informal" economy ? economic activity and income outside government regulation, taxation and observation ? is, by its very nature, difficult to quantify. Recent estimates suggest it accounts, in OECD countries, for around 13% of national income (in the UK, the equivalent of £150 billion) and in developing nations it can make up as much as three-quarters of all non-agricultural employment. Whatever the exact figures, it is clear that the informal economy plays a significant role in national incomes (eventhough excluded from calculations of GDP or GNP) and affects a large share of the global workforce.

Colin C. Williams provides an authoritative introduction to the topic, explaining what the informal economy is (and what it isn't) and how it can best be measured. Taking a global perspective, he examines its characteristics in developed, developing and transitional economies, and looks at its role as a driver of economic growth. The theoretical underpinnings are explored, from conceptual origins in the development models of the 1950s, through to present-day discussions, which question whether a formalised economy is always the ideal.

The book considers the economic motivations of the informal economy workforce, which may include tax evasion, circumventing regulations and maintaining state benefits, and assesses the different policy options available to governments to combat them, whether a punitive policy of deterrence, or one of accommodation that recognises the value of the sector in generating income and in meeting the needs of poor consumers.

The book provides a masterly summation of the published research on the informal economy and an expert assessment of the key areas for research going forward. It will be welcomed by students taking courses in development economics, economic growth, labour economics, welfare economics and public policy.