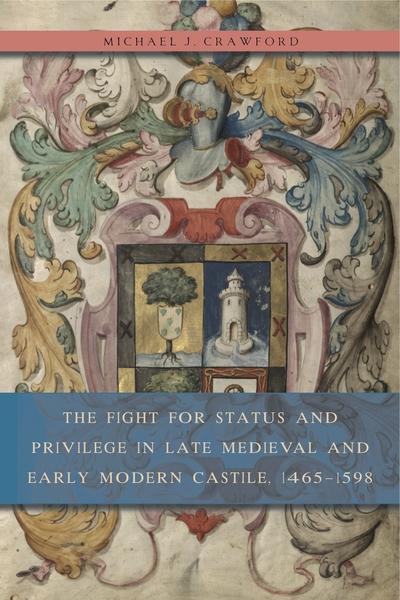 The fight for status and privilege in Late Medieval and Early Modern castile, 1465-1598

In The Fight for Status and Privilege in Late Medieval and Early Modern Castile, 1465-1598, Michael Crawford investigates conflicts about and resistance to the status of hidalgo, conventionally understood as the lowest, most heavily populated rank in the Castilian nobility. It is generally accepted that legal privileges were based on status and class in this premodern society. Crawford presents and explains the contentious realities and limitations of such legal privileges, particularly the conventional claim of hidalgo exemption from taxation. He focuses on efforts to claim these privileges as well as opposing efforts to limit and manage them. Although historians of Spain acknowledge such conflicts, especially lawsuits associated with this status, none have focused a study on this extraordinarily widespread phenomenon. This book analyzes the inevitable contradictions inherent in negotiation for and the implementation of privilege, scrutinizing the many jurisdictions that intervened in these struggles and debates, including the crown, judiciary, city council, and financial authorities. Ultimately, this analysis imparts important insights about the nature of sixteenth-century Castilian society with wide-ranging implications about the relationship between social status and legal privileges in the early modern period as a whole.