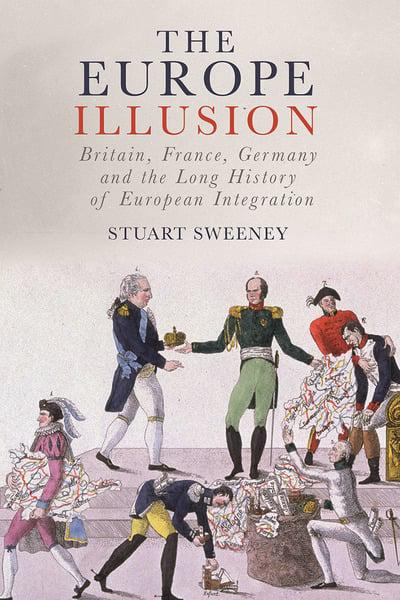 The Europe illusion
Britain, France, Germany and the long history of european integration

In The Europe Illusion, Stuart Sweeney considers Britain's relationships with France and Prussia-Germany since the map of Europe was redrawn at Westphalia in 1648. A timely and far-sighted study, it argues that integration in Europe has evolved through diplomatic, economic, and cultural links cemented among these three states. Indeed, as wars became more destructive and economic expectations were elevated these states struggled to survive alone. Yet it has been rare for all three to be friends at the same time. Instead, apparent setbacks like Brexit can be seen as reflective of a more pragmatic Europe, where integration proceeds within variable geometry.