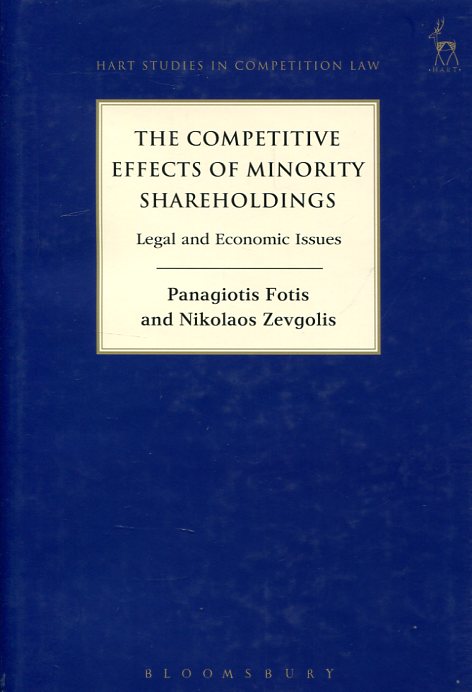 The competitive effects of minority shareholdings
legal and economic issues

The objective of this book is twofold. First, it presents the economics of minority shareholdings, under both merger and antitrust law. In particular, economic analysis provides both an overall assessment of minority shareholdings in the context of concentrations, and Articles 101 and 102 TFEU and the examination of the link between non-controlling minority shareholdings, merger control and antitrust law. Second, the book also provides a legal assessment and an analysis of selected case law. According to settled European case law, minority shareholdings are analysed not only under Regulation 139/2004, but also under Articles 101 and 102 TFEU. Nevertheless, according to current enforcement practice at European and international levels, several national competition authorities have adopted different approaches. The million dollar question is whether the existing regulatory framework is sufficient to cover all possible cases. In summary, the book will be a useful tool for students, practitioners, researchers, economic and legal experts and competition authorities. It provides a comprehensive survey of the subject, which has been missing until now and answers many questions that have been raised in the literature in the last decades.