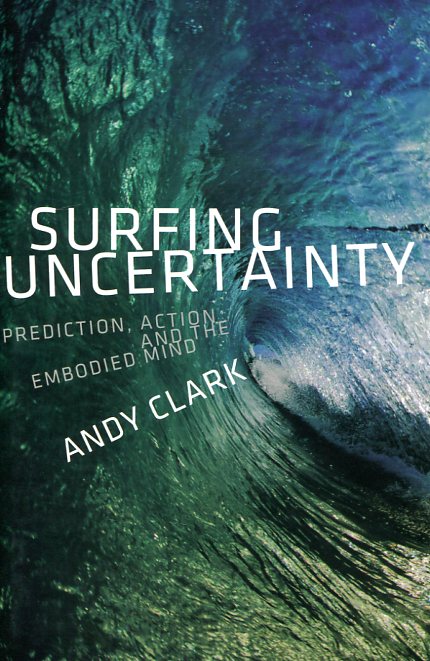 In this ground-breaking work, philosopher and cognitive scientist Andy Clark turns a common view of the human mind upside down. In stark opposition to familiar models of human cognition, Surfing Uncertainty explores exciting new theories in neuroscience, psychology, and artificial intelligence that reveal minds like ours to be prediction machines-devices that have evolved to anticipate the incoming streams of sensory stimulation before they arrive. This keeps minds like ours a few steps ahead of the game, poised to respond rapidly and apparently effortlessly to threats and opportunities as (and sometimes even before) they arise. Creatures thus equipped are more than simple response machines. They are knowing agents deep in the business of understanding their worlds. Such agents cope with changing and uncertain worlds by combining sensory evidence with informed prediction. Remarkably, the learning that makes neural prediction possible can itself be accomplished by the ceaseless effort to make better and better predictions. A single fundamental trick (the trick of trying to predict your own sensory inputs) thus enables learning, empowers moment-by-moment perception, and installs a rich understanding of the surrounding world. Action itself now appears in a new and revealing light. For action is not so much a 'response to an input' as a neat and efficient way of selecting the next 'input'. As mobile embodied agents we are forever intervening, actively bringing about the very streams of sensory information that our brains are simultaneously trying to predict. This binds perception and action in a delicate dance, a virtuous circle in which neural circuits animate, and are animated by, the movements of our own bodies. Some of our actions, in turn, structure the physical, social, and technological worlds around us. This moves the goalposts by altering the very things we need to engage and predict. Surfing Uncertainty brings work on the predictive brain into full and satisfying contact with work on the embodied and culturally situated mind. What emerges is a bold new vision of what brains do that places circular causal flows and the active structuring of the environment, center-stage. In place of cognitive couch potatoes idly awaiting the next sensory inputs, Clark's journey reveals us as proactive predictavores, skilfully surfing the waves of sensory stimulation.