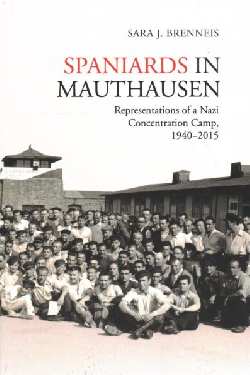 Spaniards in Mauthausen
representations of a Nazi Concentration Camps, 1940-2015

Spaniards in Mauthausen is the first study of the cultural legacy of Spaniards imprisoned and killed during the Second World War in the Nazi concentration camp Mauthausen. By examining narratives about Spanish Mauthausen victims over the past seventy years, author Sara J. Brenneis provides a historical, critical, and chronological analysis of a virtually unknown body of work.

Diverse accounts from survivors of Mauthausen, chronicled in letters, artwork, photographs, memoirs, fiction, film, theater, and new media, illustrate how Spaniards have become cognizant of the Spanish government's relationship to the Nazis and its role in the victimization of Spanish nationals in Mauthausen. As political prisoners, their numbers and experiences differ significantly from the millions of Jews exterminated by Hitler, yet the Spaniards in Mauthausen were nevertheless objects of Nazi violence and witnesses to the Holocaust.