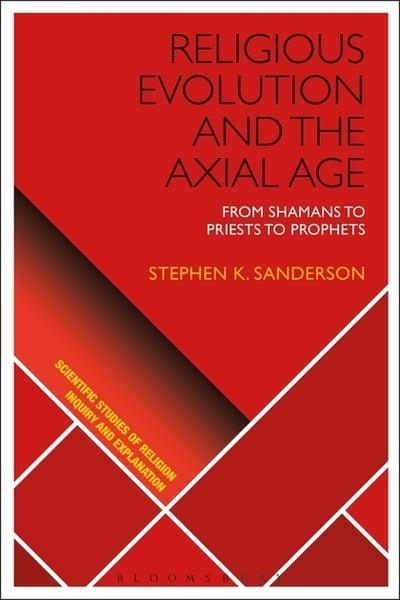 Religious Evolution and the Axial Age describes and explains the evolution of religion over the past ten millennia. It shows that an overall evolutionary sequence can be observed, running from the spirit and shaman dominated religions of small-scale societies, to the archaic religions of the ancient civilizations, and then to the salvation religions of the Axial Age. Stephen K. Sanderson draws on ideas from new cognitive and evolutionary psychological theories, as well as comparative religion, anthropology, history, and sociology. He argues that religion is a biological adaptation that evolved in order to solve a number of human problems, especially those concerned with existential anxiety and ontological insecurity. Much of the focus of the book is on the Axial Age, the period in the second half of the first millennium BCE that marked the greatest religious transformation in world history. The book demonstrates that, as a result of massive increases in the scale and scope of war and large-scale urbanization, the problems of existential anxiety and ontological insecurity became particularly acute. These changes evoked new religious needs, especially for salvation and release from suffering. As a result entirely new religions-Zoroastrianism, Judaism, Christianity, Hinduism, Buddhism, Confucianism, and Daoism-arose to help people cope with the demands of the new historical era.