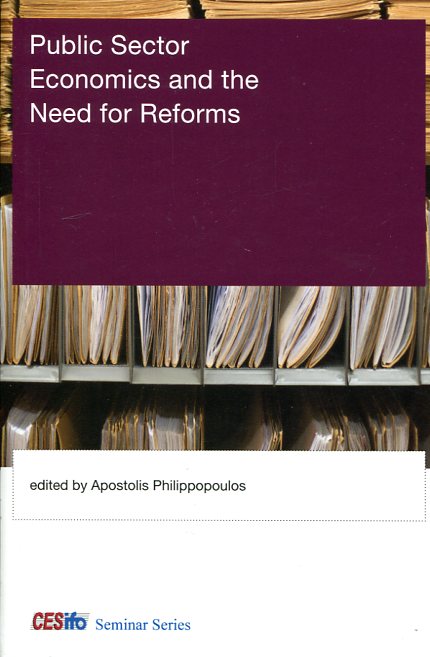 Public sector economics and the need for reforms

The public sector has grown substantially in the last fifty years. In the euro area, for example, total government expenditures have been around fifty percent of GDP since the early 2000s, resulting in a growing tax burden or high public debt or both. At the same time, government had intervened in all aspects of economic life, from the provision of public goods and services to product and labor market regulation. Research shows that the effect of government size on economic performance is positive in countries where the public sector is efficient but negative in countries where it is inefficient. In this book, experts from academe and central banking discuss reforms that would make the public sector more efficient and/or more equitable. After a rich review of the public sector reform policy agenda, with particular attention to the role of the public sector and how to improve the provision of public goods and services, the contributors offer theoretically and empirically informed perspectives on some specific policy topics. These include public wage and employment policy, the role of international institutions such as the World Bank in promoting public sector reforms, the optimal mix of tax policy, the measurement of public sector efficiency, and the study of fiscal sustainability. The contributors relate these topics to such deeper issues as individual incentives as well as to policy debates over privatization, and austerity.