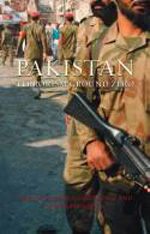 After the US-led coalition targeted terrorist groups operating in Afghanistan, al Qaeda, the Taliban and two dozen other such organizations relocated to the Federally Administered Tribal Area (FATA) of Pakistan. This remote, inhospitable region has become the sanctuary for, and headquarters of, the al Qaeda-led global jihad movement. From this base al Qaeda and its associated cells have planned, prepared and executed numerous terrorist attacks around the world, in addition to supporting and waging insurgencies in Iraq, Afghanistan, Yemen, Somalia and elsewhere. The epicentre of international terrorism, Pakistan is the keystone in the international fight against terrorism today. Pakistan: Terrorism Ground Zero is the first detailed analysis of the myriad insurgent groups working in Pakistan. Well-known author on global terrorism Rohan Gunaratna, and leading scholar Khuram Iqbal examine the nature, structure and agendas of the groups, their links to activists in other countries, and describe how complex it will be to defeat terrorism in this part of the world. Based on extensive field research and interviews with serving and former terrorists and government officials, the authors argue that Pakistan faces a grave and continuing pressure from within, and that without steadfast international goodwill and support, the threat of extremism, terrorism and insurgency will continue to grow. Pakistan: Terrorism Ground Zero demonstrates that if the international community is to win the battle against ideological extremism and operational terrorism around the world, then Pakistan should be in the vanguard of the fight.