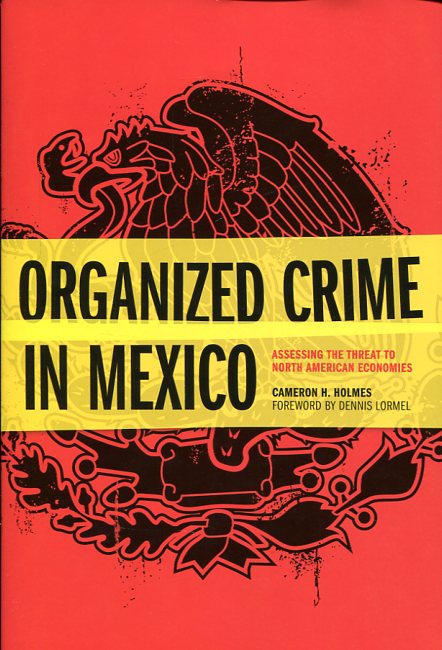 Organized Crime in Mexico takes a hard look at the dire implications of the pervasive and powerful criminal enterprises in northern Mexico, comparing and contrasting the present threat to past issues, including drug and human smuggling during the latter half of the twentieth century. Criminal organizations operating in Mexico and the United States threaten the economic well-being of North America as well as the democratic freedoms of our neighbor to the south. Cameron H. Holmes, an experienced organized-crime prosecutor and anti–money laundering expert, shows how this shift in criminal activity is extremely damaging to North American economies and explains that in order to halt this economic erosion, U.S. policy requires a new strategy, changes in thinking, and new and increased countermeasures.

Strategically, we have light-years to travel and little time to do it. Without intervention criminal activity will strangle legitimate business, degrade the Mexican economy, and, because the United States itself is so intimately affected, undermine the U.S. economy in turn. Continued prosperity in both countries depends on our joint success in controlling these criminal enterprises. Organized Crime in Mexico examines the new diversification and strategies of organized criminal groups, suggests a series of countermeasures, and places these issues in a global context. What is transpiring in Mexico is part of a larger international problem, and criminal enterprises currently pose new and consistent threats to economies around the world.