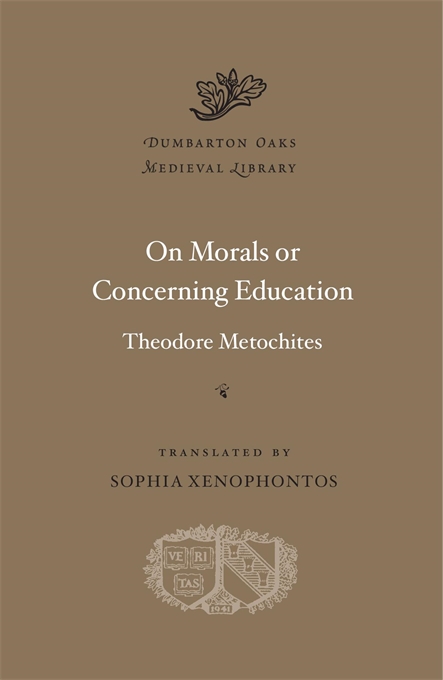 On Morals or Concerning Education is an exhortation on the importance of education by the prolific late-Byzantine author and statesman Theodore Metochites (1270-1332), who rose to the aristocracy from a middle-class background but fell from favor late in life and died as a monk. As a manual of proper living and ethical guidance, the treatise offers unique insights into the heightened roles of philosophy and rhetoric at a time when the elite engaged intensely with their Hellenic heritage, part of a larger imperial attempt to restore Byzantium to its former glories. On Morals probes hotly disputed issues in fourteenth-century Byzantine society, such as the distinction between the active and contemplative life and the social position of scholars. Metochites's focus on the character and function of Christian faith also reflects ongoing debates regarding the philosophy of religion. Occasional autobiographical digressions offer fascinating glimpses of Metochites's distinctive personality. This volume provides the full Byzantine Greek text alongside the first English translation of one of Metochites's longest works.

Introduction
Theodore Metochites: His Life and Career
Metochites’s Milieu
Metochites and His Works
The On Morals or Concerning Education
Topic and Date of Composition
Structure and Summary
Genre
Sources and Models
Context, Readership, and Influence
Scholarly Significance
Note on the Translation
Acknowledgments
Notes
On Morals or Concerning Education
Abbreviations
Note on the Text
Notes to the Text
Notes to the Translation
Concordance of Chapter Numbers
Bibliography
Index