Guillermo Calvo, who foresaw the financial crisis that followed the devaluation of Mexico's peso, has spent much of his career thinking beyond the conventional wisdom. Calvo has made seminal contributions to several major research areas in macroeconomics, particularly monetary policy, exchange rates, public debt, and stabilisation in Latin America and post-communist countries. "Money, Exchange Rates, and Output" brings together these contributions in a broad selection of the author's work. Introductions to each section and an introduction to the entire collection outline the connections throughout and survey the current state of macroeconomic theory. One focus of this collection is on the role of credibility in policy-making. Calvo analyses the origins and macroeconomic consequences of credibility problems. He also shows how monetary and trade theory can fail when the public does not fully believe in policy announcements. A second focus is on equilibrium multiplicity. Calvo uses models with multiple equilibria to identify factors that cause anomalous behaviour. He discusses multiple equilibria in abstract terms as well as in terms of its relevance to understanding domestic public debt. Specific issues covered are predetermined exchange rates, currency substitution, domestic public debt and seignorage, and stabilising transition economies. 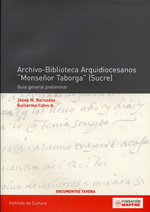