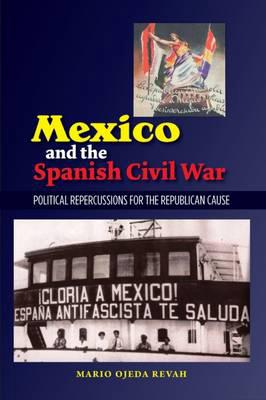 Based on first-hand diplomatic, political and journalistic sources, most unpublished, Mexico and the Spanish Civil War investigates the backing of the Second Republic by Mexico during the Spanish Civil War. Significant military, material and financial aid was given by the government of Lazaro Cardenas (19341940) to the Republic, which involved not only direct sales of arms, but also smuggling operations covertly undertaken by Mexican diplomatic agents in order to circumvent the embargo imposed by the London Committee of Non Intervention. This path-breaking account reveals the operations in Spain of Mexican workers, soldiers, artists and intellectuals such as later Nobel Laureate Octavio Paz and the Muralist David Alfaro Siqueiros as volunteers and propagandists for the Republican cause. Engagement with the Spanish Civil War also had a profound impact upon Mexico's domestic politics as support for the Republic was equated by Cardenas with his own revolutionary project. The defeat of the Republic in 1939 therefore had far-reaching repercussions for the post-1940 governments. Originally published to critical acclaim in Spanish, the work has been quoted and reviewed by many leading specialists on the Civil War, including Anthony Beevor, Angel Vinas, Santos Julia, and Pedro Perez Herrero. This book is essential reading for students and scholars specializing in contemporary European history and politics, Latin American studies, and all those with an interest in the Spanish Civil War and the Mexican Revolution.

Mexico and the Spanish Civil War