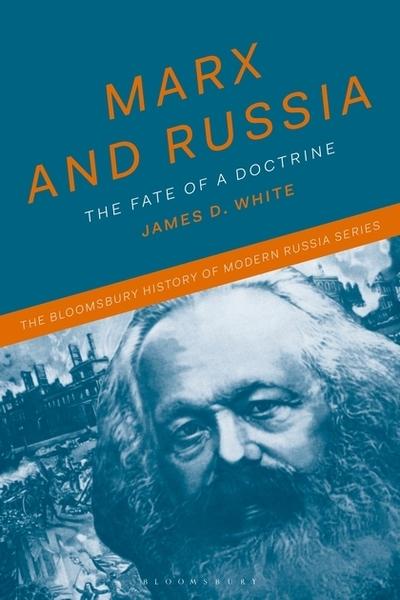 Marx and Russia
the fate of a doctrine

Marx and Russia is a chronological account of the evolution of Marxist thought from the publication of Das Kapital in Russian translation to the suppression of independent ideological currents by Stalin at the end of the 1920s. The book demonstrates the progressive emergence of different schools of Marxist thinking in the revolutionary era in Russia. Starting from Marx's own connections with Russian revolutionaries and scholars, James D. White examines the contributions of such figures as Sieber, Plekhanov, Lenin, Bogdanov, Trotsky, Bukharin and Stalin to Marxist ideology in Russia. Using primary documents, biographical sketches and a helpful timeline, the book provides a useful guide for students to orientate themselves among the various Marxist ideologies which they encounter in modern Russian history. White also incorporates valuable new research for Russian history specialists in a vital volume for anyone interested in the history of Marxism, Soviet history and the history of Russia across the modern period.