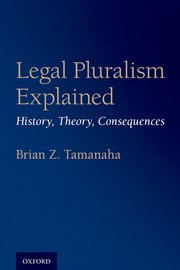 A great deal of confusion and theoretical disagreement surrounds discussions of legal pluralism—which this book aims to clarify and help resolve. Drawing on historical and contemporary studies—including the Medieval period, the Ottoman Empire, postcolonial societies, Native peoples, Jewish and Islamic law, Western state legal systems, transnational law, as well as others—it shows that the dominant image of the state with a unified legal system exercising a monopoly over law is, and has always been, false and misleading. State legal systems are internally pluralistic in various ways and multiple manifestations of law coexist in every society. This book explains the underlying reasons for and sources of legal pluralism, identifies its various consequences, uncovers its conceptual and normative implications, and resolves current theoretical disputes in ways that are useful for social scientists, theorists, and law and development scholars and practitioners. 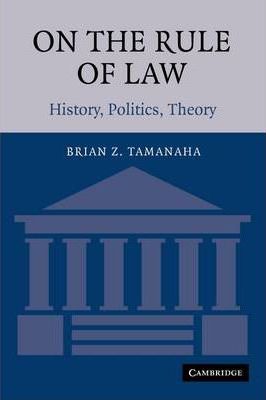 On the rule of Law

Law as a means to an end