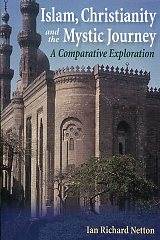 Islam, christianity and the mystic journey
a comparative exploration

This distinctive comparison of Islamic and Christian mysticism focuses on the mystic journey in the two faith traditions - the journey which every believer must make and which leads to the Divine. The author clears away misconceptions and highlights similarities and differences in the thought and lives of six key mystics: Al-Kalabadhi, Al-Daylami, Al-Qushayri, Julian of Norwich, Thomas A. Kempis and Teresa of Avila. He considers the ways of Perfection on the Mystic Path and asks in what ways these authors have embarked on the mystic journey. He looks at the themes they have in common, as well as their differences, and asks how they envisage the concept of 'union' with the Deity. Readers will gain a broad understanding of the interdisciplinary and intertextual nature of the subject, as well its the diverse intellectual and historical contexts. Key Features Highly interdisciplinary: embraces both Eastern and Western mystical traditions Surveys themes as diverse as secular chivalry and union with the Divine Examines the role of al-Khidr/ al-Khadir/ Elijah/ Elias/ St George in both the Islamic and Christian mystical traditions Considers the negative and positive articulations of each tradition Assesses and compares three major Islamic and three major Christian mystics A companion volume to Islam, Christianity and Tradition: A Comparative Exploration by Ian R. Netton (978 0 7486 2392 1)