Is Islam an enemy of the West?

New York, Washington, Madrid, London and now Paris Ð the list of Western cities targeted by radical Islamic terrorists waging global jihad continues to grow. Does this extreme violence committed in the name of Islam point to a fundamental enmity between the Muslim faith and the West?

In this compelling essay, leading scholar of Islam Tamara Sonn argues that whilst the West has many enemies among Muslims, it is politics not religion that informs their grievances. The longer these demands remain frustrated, the more violence has escalated and recruitment to groups like Islamic State has increased. Far from quelling the spread of Islamic extremism, Western military intervention has helped to turn nationalist movements into radical terrorist groups with international agendas. Islam, Sonn concludes, is not the problem, just as war is not the solution. 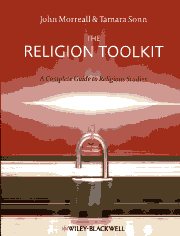