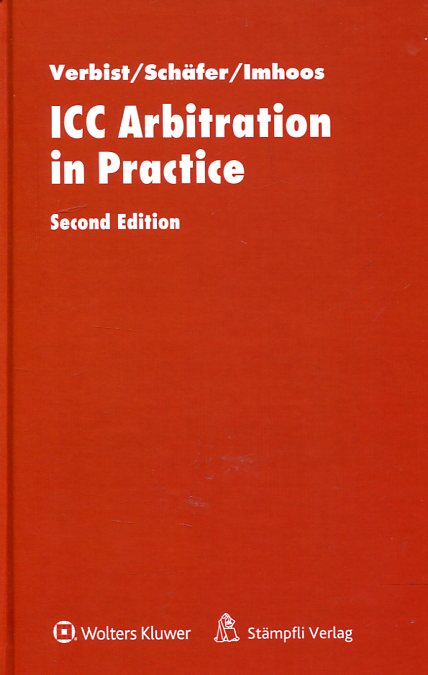 The Rules of Arbitration of the International Chamber of Commerce -- commonly referred to as the ICC Rules -- are the rules most frequently used in commercial disputes between business partners from different countries. Since they were first launched in 1922, these Rules have been applied in over 20,500 cases. The second revised edition of this eminently practical volume provides an article-by-article commentary of the current version of the ICC Rules of Arbitration in force as from 1 January 2012. Using clear and concise language, unencumbered by footnotes and illustrated by flow diagrams, the authors guide the reader through the various stages of ICC arbitration proceedings, from initiation to the final award. This thorough analysis is enhanced with other invaluable material, including:
a digest of statistics relating to ICC arbitration for the years 2009 to 2013;
references to selected national arbitration laws and to the UNCITRAL model law on international commercial arbitration;
a bibliography, including useful web sites; and
a separate chapter on ICC's other dispute resolution services, such as prearbitral referee, mediation, expert proceedings, DOCDEX and dispute board proceedings.
Appendices provide the reader with the texts of ICC's various dispute resolution rules and other relevant documents. The authors, all practicing lawyers, have all worked as counsel at the Secretariat of the ICC International Court of Arbitration. They have gone on to represent parties and act as arbitrators in many international proceedings. They also serve as mediators and party representatives in international mediations. They are also members of the ICC Commission on Arbitration and ADR and participated in the discussions leading to the 2012 ICC Rules of Arbitration. Written from a practical perspective, this book remains an essential resource for company lawyers who wish to familiarize themselves with ICC arbitration, assess the pros and cons of entering into an arbitration clause referring to the ICC rules, or obtain information and guidance on how to proceed in a given situation. Arbitration practitioners will find useful information on the practice of ICC arbitration, including various notes of the ICC Court Secretariat and reports of the ICC Commission on Arbitration and ADR.