How the Chinese economy works

The revised and updated edition sets out to analyze and compare the operational mechanisms of the Chinese economy between the pre-reform and post-reform periods and through national, regional and local dimensions. It examines the driving forces -- both endogenous and exogenous -- for, and how they have influenced, China's economic development during the past decades. The book examines both the positive and negative consequences of the Chinese economic transformation. A multiregional comparison of the Chinese economy is conducted in terms of natural and human resources, institutional evolution, as well as economic and social performances. This third enlarged edition includes many significantly revised chapters and new boxed examples. For the first time, many valuable chapter-end case studies, some of which are based on the author's field-inspections and micro-level surveys in China, are provided.

How the chinese economy works 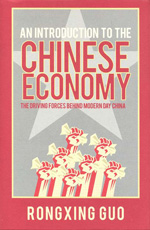 An introduction to the chinese economy