This is the first book-length English-language study of a group of five artists closely linked with the Spanish avant-garde in the 1920s and 1930s, now known as the 'Other' Generation of 27. In the same way that their contemporaries of the celebrated Generation of 27 (which included Federico Garcia Lorca) attempted a revolution of the arts through poetry inspired by European modernism, the 'Other' Generation of 27 attempted to renovate Spanish humour, first in prose, and then in the theatre and cinema. This book demonstrates how these humorists drew on the humour of Chaplin, Keaton, Lubitsch and the Marx Brothers for their stage comedy, and how they stretched the limits of the stage at the time by incorporating cinematic techniques, such as flashback, voice-overs and montage, in their search for new dramatic forms. 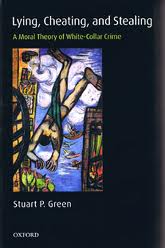 13 ways to steal a bicycle