In summer 2014 the eyes of the world will be on the FIFA World Cup in Brazil, and this will be repeated in 2016 for the Olympic Games in Rio de Janeiro. Screens will likely be filled with cultural stereotypes about Latin Americans and airwaves packed with specious interpretations of Latin America's position in the world. This book provides the historical analysis to rebut such misinterpretations and offers the reader tools with which to understand Latin America's complex present. From Frontiers to Football tells the history of Latin America's engagement with global empires from 1800 to today. It is a story of repeated cycles of lessons learned and unlearned, continued dependency, victimhood and thwarted dreams. It is also a narrative of overthrown imperial designs, colonial armies defeated and new hopes expressed - inspiration for other colonized peoples across the globe. This book redresses the absence of cultural history, giving as much attention to Shakira and Pele as to coffee producers, copper miners, government policies and covert imperialism.It avoids the polemical invectives of political interpretations, presenting a clear, readable and absorbing introduction to the history of Latin America's interactions with the world over the last two centuries. Latin America is at the forefront of innovation and a global centre in many social, cultural and economic activities. No longer either a frontier or a periphery, From Frontiers to Football presents a compelling and accessible portrait of a continent today. 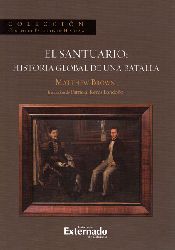