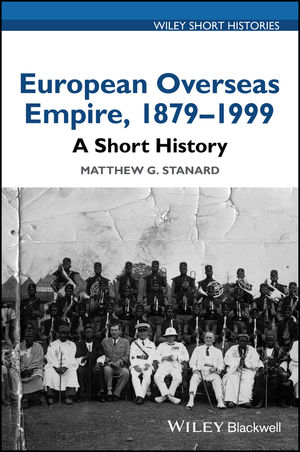 Thousands of years of recorded history show that the main way in which human societies have been organized is as empires. Today, the evidence of recent European overseas empire’s lasting effects is all around us: from international frontiers and fusion cuisine to multiplying apologies for colonial misdeeds. European Overseas Empire, 1879-1999: A Short History explores the major events in this critical period that continue to inform and affect our world today.

New access to archives and a renewed interest in the most recent era of European overseas empire building and the decolonization that followed have produced a wealth of fascinating information that has recharged perennial debates and shed new light on topics previously considered settled . At the same time, current events are once again beginning to echo the past, bringing historical perspective into the spotlight to guide our actions going forward. This book examines our collective past, providing new insight and fresh perspectives as it:

-Traces current events to their roots in the European overseas imperialism of the 19th and 20th centuries.
-Challenges the notion of political, cultural, social, and economic exchanges of the era as being primarily “Europe-outward”.
-Examines the complexity and contingency of colonial rule, and the range of outcomes for the various territories involved.
-Explores the power dynamics of overseas empires, and their legacies that continue to shape the world today.