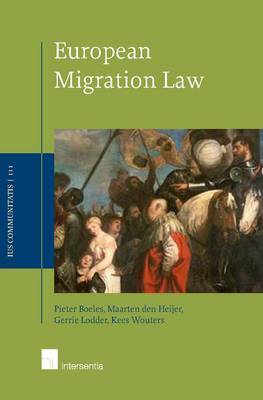 At present, there is no such thing as a single corpus of binding rules within the European legal order which could be said to embody European migration law. The field of European migration law is covered by various legal spheres providing a patchwork of relevant legislation and principles of law. This book brings together in one context the European and international legal regimes on migration as applicable to the territories of the Member States of the European Union. Its focus is on European Community legislation under Titles III and IV of the EC Treaty; treaties concluded between the European Community and third countries; and international treaties concluded within the framework of the Council of Europe and the United Nations. These legal regimes are categorised according to the subject matter they deal with: free movement of EU citizens and their family members; association agreements with third countries; family reunification; long-term residence; labour migration; asylum; and measures of immigration control. Apart from exploring the substantive rules on migration in Europe as developed within EU and treaty law, the book focuses on the interplay between the different legal spheres and their impact on the legal position of individual migrants. It also reflects on the coherence and degree of harmonisation of migration law in Europe. The authors are staff members of, or otherwise affiliated with, the Leiden Institute of Immigration Law, University of Leiden. Pieter Boeles is professor of Immigration Law; Maarten den Heijer is a PhD candidate and lecturer in Refugee Law; Gerrie Lodder is a senior lecturer in Immigration Law; Kees Wouters holds a PhD degree in International Refugee Law.