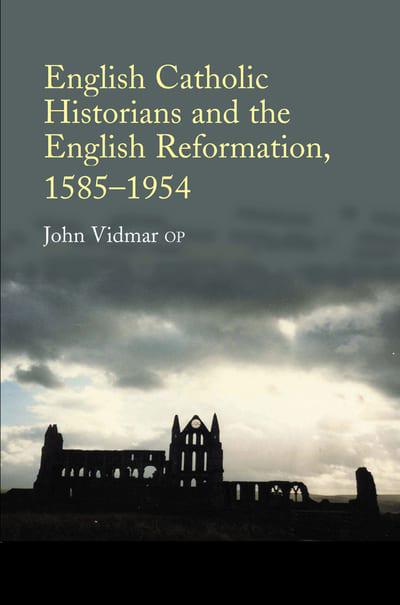 In English Catholic Historians and the English Reformation, 15851954, Father John Vidman, OP puts Catholic writers back into the debate on the nature of the Reformation in England. His book shines a spotlight on the central issue of the papacys claim to spiritual authority, from the reigns of Henry VIII and Elizabeth, to the controversies surrounding Catholic Emancipation, to the twentieth centurys Aidan Gasquet, Hilaire Belloc and Philip Hughes. In tracing important changes to the practice of writing history, Father Vidmar shows that the best historians over the centuries have usually collected the best documents. Susan Wabuda, Fordham University: Supplies information long missing from the Reformation Debate. A comprehensive evaluation of the Catholic history of the Reformation. A basis for a new Catholic revisionism is proposed. For almost 400 years, Roman Catholics have been writing about the English Reformation, but their contributions have been largely ignored by the scholarly world and the reading public. Thus the myths of corrupt monasteries, a Bloody Mary, and a Good Queen Bess have established themselves in the popular mind. John Vidmar re-examines this literature systematically from the time of the Reformation itself, to the early 1950s, when Philip Hughes produced his monumental Reformation in England.