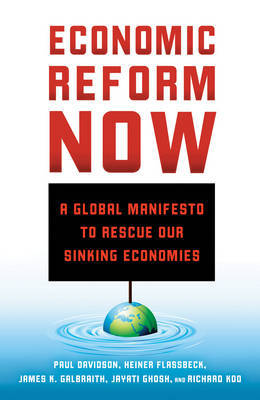 Right now the global economy is on the brink of (another) depression. In Economic Reform Now, some of the world's leading economists issue a strong warning on the grave errors that are threatening to take the global economy over the brink. Richard Koo warns about the dangers of fiscal austerity in times of deleveraging by the private sector. James K. Galbraith illustrates the dangers of deregulation of the financial markets. Paul Davidson explains the concept of objective uncertainty. Jayati Ghosh explores economic integration in the developing world. And Heiner Flassbeck wraps up by highlighting the need for a new international monetary system that better reflects the fundamentals and puts trade back into its proper role of stimulating development. As Europe moves closer to economic disaster, and America fights back a return to double-digit unemployment, this is a must read for policy makers and anyone else concerned about the economy.