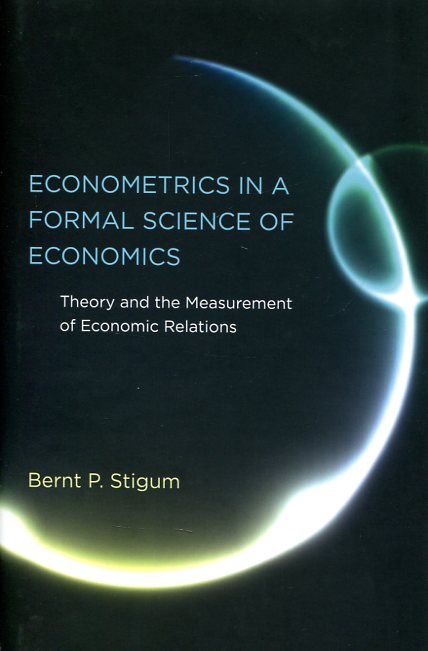 Econometrics is a study of good and bad ways to measure economic relations. In this book, Bernt Stigum considers the role that economic theory ought to play in such measurements and proposes a formal science of economics that provides the means to solve the measurement problems faced by econometric researchers. After describing the salient parts of a formal science of economics, Stigum compares its methods with the methods of contemporary applied econometrics. His goal is to develop a basis for meaningful discussion of the best way to incorporate economic theory in empirical analysis. Stigum conceives two scenarios for research in applied econometrics: contemporary econometrics in the tradition of Trygve Haavelmo and the formal theory-data confrontation envisioned by Ragnar Frisch. Stigum presents case studies of economic phenomena, contrasting the empirical analysis prescribed by contemporary applied econometrics with the empirical analysis prescribed by a formal theory-data confrontation. He finds significant and provocative differences. Which are we to believe when the statistical analyses of these two methodologies yield very different descriptions of the behavior characteristics of data variables and inferences about social reality? Stigum points to three aspects of contemporary econometric methodology that may benefit from serious discussions: the analysis of positively valued time series, a suspect characteristic of qualitative response models, and the search for linearly cointegrated time series. These three aspects are of as much concern to formal econometrics as they are to contemporary econometrics.

Econometrics and the philosophy of economics