This is a book about communication and the sometime subversion of the process, by both Cervantes and his commentators. In some ways, it is an exercise in deconstruction, although Cervantes's masterpiece is a prescient text that deconstructs itself before the fact through questioning its own premises, beginning with the title itself. My study tells little more than half the tale, however, for it centers on encoding rather more than on decoding and on discourse rather than story, in Seymour Chatman's terms. My reader should not, therefore, expect a sustained analysis of plot. This is essentially a #formal# analysis, concerned less with content than with the process by which content is formulated (Hawkes 158). I am interested in the inferred author's total act of communicating with an ideal postulated reader, via discourse and genre, while at the same time he defamiliarizes the telling (diegesis) and showing (mimesis) as a means of instructing a less-than-ideal reader in attaining a salutary distance from the world of make-believe. The inferred author's distancing of himself from both creature and creation serves as a model for reader response. 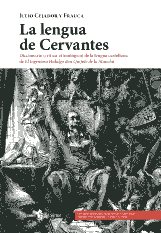