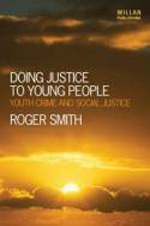 There is an apparent impasse in current thinking about youth crime and justice which is represented by punitive and harmful practices on one hand, and critical objections to these processes on the other, based on principles of rights and fairness. In the middle, these conflicts are mediated by liberal attempts at reform which have proved to be consistently limited in their achievements. This book, whilst clearly located within the critical perspective, attempts to move beyond this blockage, and to arrive at an alternative strategy for resolving the tensions between young people, especially those on and beyond the margins, and the social world which frames their lives. The starting point is therefore a discussion of the origins and dynamics of young people's experiences, identities, attitudes and behaviour, because these form the raw material which is constituted from outside as the 'problem of youth'. Young people's concerns can only be addressed coherently if properly understood. The book also goes on to consider the parallel processes by which young people and their behaviour are problematised, and constructed as disorderly and as a threat to the wider community. The book then addresses two further areas: the machinery put in place to address these perceived problems, that is the system for managing and controlling the young; and the problematic nature of this machinery given its one-sided origins and development, and its essentially political character. This discussion will thus provide a critical basis for rethinking the relationship between young people (problematic or not) and the wider society of which they necessarily form an integral and engaged part. The book concludes by formulating an alternative model of what constitutes 'effective' policy and practice when concerns arise about their 'problem' behaviour.